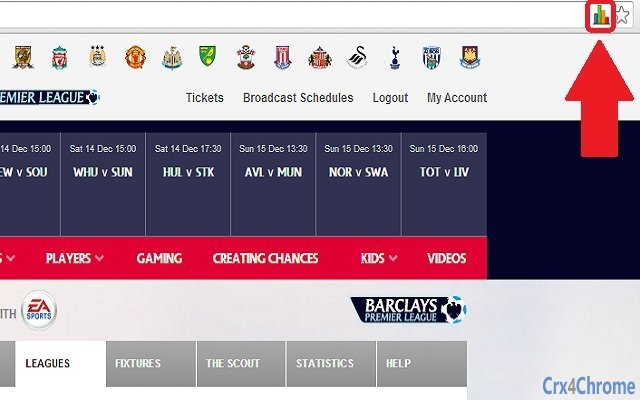 *** UPDATED: This has been updated for the 2017/18 season and is once again working! The transferred in/out statistic is currently a work in progress and depending on how much time I can work on this throughout the season, there may be more features added down the line. ***

***This is a tool for use with the fantasy.premierleague.com fantasy football game.***


This simple extension calculates statistics for your Fantasy Premier League Mini-Leagues.
Note: If there are more than 50 teams in your chosen league, the statistics will be based on the top 50 teams.

HOW-TO-USE:
- Install Extension.
- Open your chosen league page.
- Click the icon which will appear to the right of your address bar as seen in the first screenshot.
- Wait up to a few minutes for your stats to be calculated.
- Repeat for as many leagues as you like.

The stats calculated will be based on the currently active gameweek and include:

- League average at the time of calculation.
- League Standard [Average of top 5 teams in the league] - This is how the FPL rank leagues. This doesn't work for H2H leagues.
- Number of players played per team. (At moment of calculation.)
- Percentage of teams still in the FPL cup.