Avatar Games (mhdjnipjmifeolnnkblcndjifjhgahca): You can play the best avatar games, you have ever seen... Read More > or Download Now >

Avatar Games is a free Arcade & Action Game for Chrome. You could download the latest version crx file and install it. 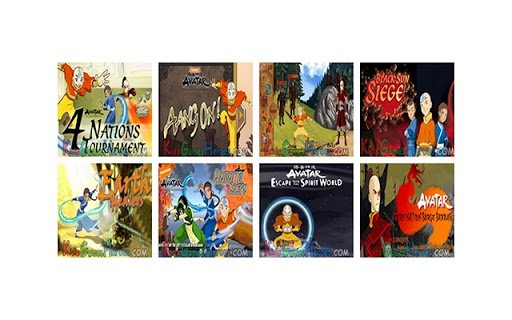 Avatar (marketed as James Cameron's Avatar) is a 2009 American epic science fiction and action-adventure film directed, written, produced, and co-edited by James Cameron, and starring Sam Worthington, Zoe Saldana, Stephen Lang, Michelle Rodriguez, and Sigourney Weaver. The film is set in the mid-22nd century, when humans are colonizing Pandora, a lush habitable moon of a gas giant in the Alpha Centauri star system, in order to mine the mineral unobtanium,a room-temperature superconductor.[11] The expansion of the mining colony threatens the continued existence of a local tribe of Na'vi—a humanoid species indigenous to Pandora. The film's title refers to a genetically engineered Na'vi body with the mind of a remotely located human that is used to interact with the natives of Pandora.

Development of Avatar began in 1994, when Cameron wrote an 80-page treatment for the film.Filming was supposed to take place after the completion of Cameron's 1997 film Titanic, for a planned release in 1999, but according to Cameron, the necessary technology was not yet available to achieve his vision of the film. Work on the language of the film's extraterrestrial beings began in 2005, and Cameron began developing the screenplay and fictional universe in early 2006. Avatar was officially budgeted at $237 million. Other estimates put the cost between $280 million and $310 million for production and at $150 million for promotion. The film made extensive use of new motion capture filming techniques, and was released for traditional viewing, 3D viewing (using the RealD 3D, Dolby 3D, XpanD 3D, and IMAX 3D formats), and for "4D" experiences in select South Korean theaters. The stereoscopic filmmaking was touted as a breakthrough in cinematic technology.

Avatar premiered in London on December 10, 2009, and was internationally released on December 16 and in the United States and Canada on December 18, to positive critical reviews, with critics highly praising its groundbreaking visual effects. During its theatrical run, the film broke several box office records and became the highest-grossing film of all time, as well as in the United States and Canada, surpassing Titanic, which had held those records for twelve years (and was also directed by Cameron). It also became the first film to gross more than $2 billion and the best-selling film of 2010 in the United States. Avatar was nominated for nine Academy Awards, including Best Picture and Best Director, and won three, for Best Art Direction, Best Cinematography and Best Visual Effects. Following the film's success, Cameron signed with 20th Century Fox to produce three sequels, making Avatar the first of a planned tetralogy. The three sequels, all directed and co-written by Cameron, will be released each year starting from December 2017 to 2019.