Sift Heads World (cjfbmgdikhghgpdkbfephjjogafjlfac): The characters from the popular series are back for more adventures... Read More > or Download Now >

Sift Heads World is a free Arcade & Action Game for Chrome. You could download the latest version crx file and install it. 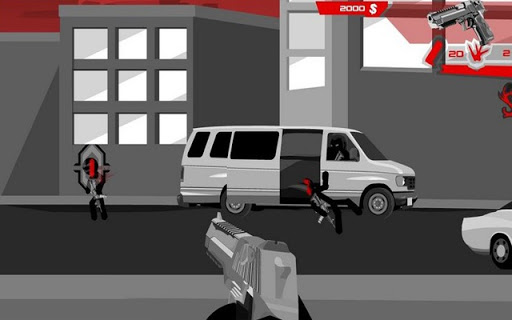 Welcome to the violent world of Sift Heads! Choose your character from Kiro, Vinnie and Shorty and then perform a reckoning like a Tarantino movie. Develop a true criminal career in the style of the legendary Grand Theft Auto!

Kiro is the main protangonist of Sift Renegade, one of the antangonists in Sift Heads 5 and one of the playable characters of the Sift Heads World series.
A real modern Samurai. Kiro was once known as the best killer of his clan, the Yakuza. But after a betrayal and the killing of his brother he has rebelled against the group, murdering all those responsible or anyone who got in his way. Certainly the best of the team when it comes to persuasive tactics his Father Kazuki Killed by
.

Kiro is the son of a well known family with direct ties to the Japanese mafia; better known as the Yakuza. He was one of the best assassins of his clan and with a portfolio garnished with so many assassinations it’s no surprise that he quickly became one of the best killers in the orient. His dexterity with all types of Samurai weapons would become essential and his expertise. One day his youngest brother, Kienji, would lose his life because of the internal corruption that was raging among the organisation. From that day Kiro’s anger exploded into a black vengeance. He would quickly discover who the guilty was; Vinnie! Although he would also discover that the hit was ordered from within his own clan. After much bloodshed Kiro and Vinnie would put their rivalry aside and find a common ground. In that same instance an unpredictable association would be formed between the three!

Vinnie was born an only child in Florence, into a family as simple as the next.

Vinnie as a baby Vinnie Before Killing his cat At two years old His Father was killed in a gunfight between two rival clans in Italy. Wanting to forget this tragic incident his mother decided to leave Europe and move to America to start a new life, in that same year he committed his first murder when he shot his cat who had killed Vinnie's bear Mobo. A few years later he choked another child with a toy car as payback for stealing Vinnies GT 500 toy car. Seven years later he murdered his maths teacher so he didn't have to go to school.

As a child vinnie decorated his room with hardcore pornograhy, a real AK47 and a japenese katana sword which states in japenese "blossom stem, if found please return to kiro or else!". Vinnie got his first taste of money by conning the cons themselves in the streets of Chicago.

What was a simple hobby to him quickly turned into a profession. His name would spread very fast among locals as being the best bounty hunter in the area and soon the best in the world. Obviously, such notoriety would bring him many contracts, lots of money and women, but also his share of enemies. Although, this did not intimidate our star, who eliminated all who dared to oppose him. And all of a sudden, among all this violence, a woman entered his life. Vinnie was surprised that she could withstand such blood baths, but behold she could not withstand his charm.

And since this day Shorty has been rolling by Vinnie’s side, and not just in the bedroom. A contract hit that turned sour forced Vinnie to meet one of his biggest adversaries: Kiro, an ex-member of the Yakuza, thirsty for vengeance. Following several heated battles Vinnie proposed an alternative to this quarrel and let Kiro join his team.

Being the leader of a group of assassins and named the best bounty hunter in the world, Vinnie can boast about being the toughest guy around! No one has ever got past him. And being able to manipulate any gun with ease it’s no surprise that he's been accused of some of the worst carnage out there.

Shorty is a female character who was introduced at the beginning of Sift Heads 4, and later became playable protangonist of Sift Heads World.

Vinnie’s girlfriend is not just sexy but also very lethal. She is a weapons expert and has also acquired much experience as an assassin from being at Vinnie’s side. The best sharp shooter of the group and the ideal for tactical diversions.