Dora Candy Transport is a free Arcade & Action Game for Chrome. You could download the latest version crx file and install it. 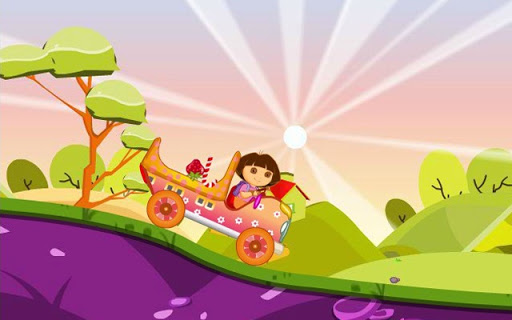 Deliver candies to Dora's home to clear each level.Wait to fill the Dora's truck with candies and deliver the assign target to pass each level. Restart if you flip the truck. You have three chance to pass the levels. Have Fun!

Dora the Explorer is an American educational animated TV series created by Chris Gifford, Valerie Walsh, and Eric Weiner. Dora the Explorer became a regular series in 2000. The show is carried on the Nickelodeon cable television network, including the associated Nick Jr. channel. It aired on CBS until September 2006. A Spanish-dubbed version first aired as part of a Nick en español block on NBC Universal-owned Telemundo through September 2006; since April 2008, this version of the program has been carried on Univision as part of the Planeta U block. The series is co-produced by Nickelodeon Productions and Nickelodeon Animation Studio. Dora the Explorer is one of the longest-running shows of Nick Jr. During the sixth season, the show became the Nick Jr. series with most episodes, surpassing Blue's Clues with 143 episodes, having 144 after it had complete broadcast on television. It won a Peabody Award in 2003 "for outstanding efforts in making learning a pleasurable experience for pre-schoolers."