Tower of Sages (akkgehcpjooeigdldnepmibfibkgckdi): Train and collect over 100 minions as you fight to prove yourself in the Tower of Sages.Monster battle RPG that focuses on combat... Read More > or Download Now >

Tower of Sages for Chrome

Tower of Sages is a free Role-Playing & Strategy Game for Chrome. You could download the latest version crx file and install it.

More About Tower of Sages 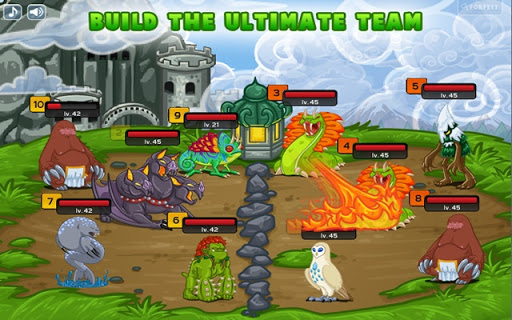 Train and collect over 100 minions as you fight to prove yourself in the Tower of Sages. Thousands apply to train at the Tower of Sages. Only a few are ever chosen for training. But all dream to be a Grand Sage... This is the story of one who was chosen.

Minhero: Tower of Sages is a monster battle RPG that focuses on combat. Players will need to carefully build their team to become a Grand Sage.& Over 100 minions to collect!nEach minion has it's own talent tree!Minions can be tanks, healers, debuffers, or pure damage units.n4 unique zones to explore! (Plant, Fire, Electric, and Undead)nHard mode that offers hours and hours of extra gameplay!nAdd and combine gems to make your minions even more powerful