The Bass Buttons 2.1.1 CRX for Chrome

The Bass Buttons for Chrome

More About The Bass Buttons 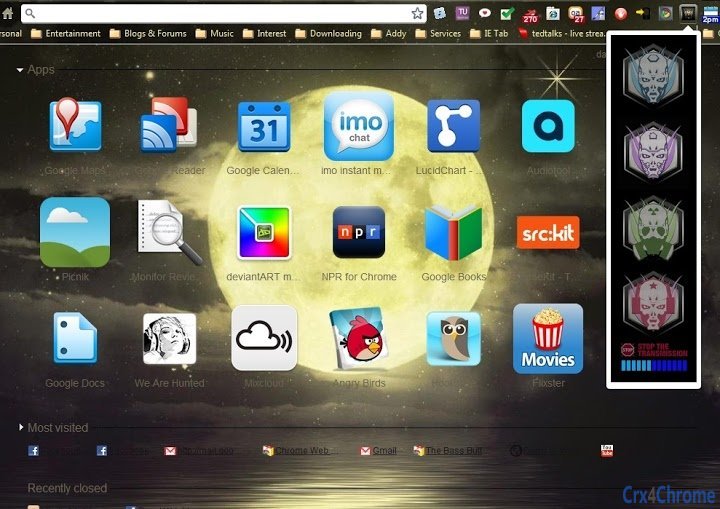 An indispensable extension for fans of bass music. A slick, light-weight button list that pops down from your extension bar. It allows quick access to streams of electronic music. If you're anything like me, you want them right there all the time in a single click without having to launch any audio players!

<<< Please send any bug reports to darryl at punkscience dot ca - I'm happy to receive positive or negative feedback but I don't get notified about comments below and it doesn't help anyone to add bug reports there as they tend to haunt the extension long after they've been fixed - thanks. >>>

You can reach us on Google+ here:

White this one actually looks like less right out of the gates, there's been a significant overhaul to bring it inline with modern broswer conventions under the hood. Perhaps the biggest change though is that it now draws the streams from a server which I can monitor. When a stream goes dead as they seem to do sometimes, I can replace or deactivate it rather than releasing a new app every time.

- Notification standard changed recently which resulted in a terminal error. It's now been updated and works again. Can you say "moving target!?"

- Minor update to update the path to Bassdrive's stream.

- Removed message alert complaining about an exception when a site goes down. Now it just handles it gracefully and will attempt to check up on the site every few hours.
- Fixed Extension menu icons which were not displaying properly.
- Addition of release notes to better communicate with users.

A Note on Security:

The way they word it here on the Store is a little misleading. The Bass Buttons does not actually access or use "your data" anywhere. It has access to the domains listed on the right for one reason only - to download the stream list when necessary and to stream the music from the various sources.