Snooker (fdcpdplfjniofpanmcpjccgeofglcibm): Snooker is a billiard game. The main thing is not only put the ball in the pocket, but also put the next ball under attack.... Read More > or Download Now >

Snooker is a free Fun Extension for Chrome. You could download the latest version crx file and install it. 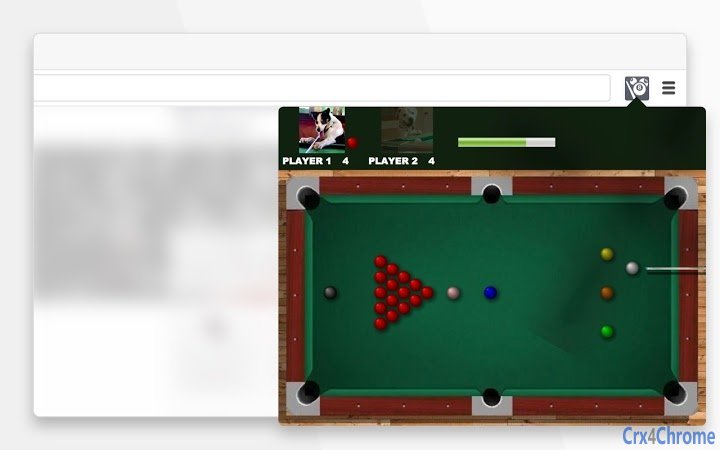 Snooker is a more complex game of loose billiards, that runs according to specific rules. The goal of the game is to score more points than the opponent. Also balls must go into pockets in a certain sequence.